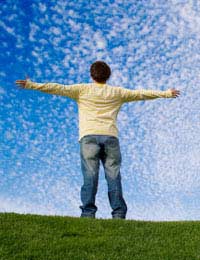 Before you know it, your little bundle of joy will be off to primary school and then secondary school and that’s when things really start to change. All of a sudden you will find that they start to become more independent and demanding of your time in other ways-such as expecting you to become their personal taxi driver!

Although you still have control over what your teenager does and how they spend their time (and who they spend it with) you will find that they put you under increasing pressure to want to do different things and spend more time with their friends.

At nearly 13, Sam was settled well into secondary school, but his parents noticed that his behaviour had started to change and his attitude towards them became disrespectful. Even the language he used was changing and his parents were really uncomfortable with it.

Sam’s mum, Sarah said: “Sam had always been pretty laid back and easy to manage, and when he started to want to do things with his friends we just thought it was fine. We had met a few of them before and they seemed perfectly normal so we didn’t have a problem with him spending time with them at weekends.”

Sam started to arrange more and more activities to do with his friends and was occasionally going out straight from school and not coming home until later.

Sarah added: “Sometimes it made sense. He would get the bus from school to friend’s house and then go straight on to youth club or football training and it was fine at first. However, after a while Sam’s behaviour started to change and we really didn’t like it. We decided that we needed to have a chat with him about how he was behaving because even close friends had started to notice his manners were slipping and that really upset us.”

Sam’s parents didn’t want to stop him having a social life but realised something had to change. They started to tackle him about his behaviour but Sam got upset and the whole exercise turned out to be very negative.

Sarah added: “Eventually we managed to get Sam to talk to us and explained how we felt. We didn’t get angry, we just explained how we felt and what other people had started to say to us about his changing behaviour. We told him that we were happy for him to keep his friends and do certain things outside of school, but that we would have to have more control over what he does.”

Instead of putting huge restrictions on Sam’s activities, his parents made rules about how often Sam would be allowed to go out, and how arrangements would be made.

Sam still has an active social life outside of school, but now his parents have re-affirmed the importance of good manners and give him gentle but definite reminders about how to behave. They accept that he is becoming more independent but he is still a very young teenager and needs to be kept an eye on.Moving forward, Sam’s parents have put a reward system in place so that good behaviour is acknowledged positively with points being scored and added up on a weekly basis.

Sarah added: “Basically we put a stop to Sam going straight back to people’s houses after school because we discovered that was where the problem seemed to lie. We didn’t know what he was getting up to and decided that we didn’t like the idea of him just hanging around on street corners. We also talked to Sam about how his friends behaved and spoke to their parents and tried to get him to understand that just because his friends might be rude and insolent, he doesn’t need to copy them.”

“Early teens is a hard stage to go through and you need to stay calm and try to remember how difficult growing up was for you when you were that age!”